It doesn’t get much more FanBoi than this–some brief notes on a lunch-hour project that paid big aesthetic dividends:

I’m finally getting around to ripping last year’s Beatles remasters into iTunes, and I’ve been deferring Let It Be because, well, you know–the whole Spector Wall-of-Sound thing. My problem is that I have absolutely no issues with the mixes of the purely live tracks–I actually like them. But when the orchestras and choirs smother “The Long and Winding Road,” “I Me Mine,” “Let It Be” and “Across the Universe,” I’m a massively unhappy music lover.

Now, I know what you’re going to say–because I thought about it, too: Why not simply rip McCarney’s remixed and resequenced Let It Be . . . Naked? Well, (a) as already noted, I like most of the mixes on the original collection; (b) Sir Paul and company wound-up over-producing the touted under-production–it’s stripped back, yeah, but also given a sonic Photoshopping to within an inch of its art, and, closely related, (c) the sound stage on the Let It Be . . . Naked is weirdly flat–there’s almost no depth to those remixes.

Thus, I was still wondering what to do with Let It Be when??something occurred to me: The Beatles’ Past Masters had also been remastered–and disc two contained fabulous versions of “Get Back,” “Across the Universe” and “Let It Be.” (And, as a side-benefit, these are George Martin productions.) Do you see where I’m going with this?

Further, on the second disc of The Beatles Anthology 3, there are un-Spectorized live-in-studio versions of “The Long and Winding Road” and “I Me Mine,” that were also produced by Martin. Versions, it should be noted, that were blessed at the time by all three surviving Beatles. [See update at the end of this post.]

So let’s recap: By swapping-in the aforementioned alternate Let It Be songs, I manage to retain the quality of the 2009 remasters in all but two cases; I eliminate those vastly annoying wall-of-sound moments; and I give almost half of the collection back to George Martin, who had originally produced it upstream of Phil Spector. And additionally, I’m able to keep the original sequencing of the collection (which is far superior to Sir Paul’s retread).

During lunch today, I ripped into iTunes the songs needed for my reconsidered version and matched the levels of the swapped material to those of the remaining songs from the remastered Let It Be.

In addition, I trimmed the opening of the inserted “Across the Universe” by 20.7 seconds to lose the birds-in-flight sound effects. Wings, however, still do briefly flutter at the end of the cut, and during another lunch hour, I’ll fire-up GarageBand and create an earlier fade to also eliminate this effect. On the other hand, I let remain George’s studio-chatter intro to the new “I Me Mine” because it matched the other snippets of conversation which punctuate the collection.)

A couple seconds of silence was also trimmed from the end “For You Blue” to more quickly begin the new “Get Back.”

And there you have it–with mindboggling Fan Hubris, I’ve managed to “fix” a recording that’s been bugging me for 40 years. For me, Let It Be is now completely wince-free, but, of course, your own mileage may vary . . .

Instructions for Making Your Own Reconsidered Let It Be

Take one 2009 remaster of Let It Be and swap-in the following material: 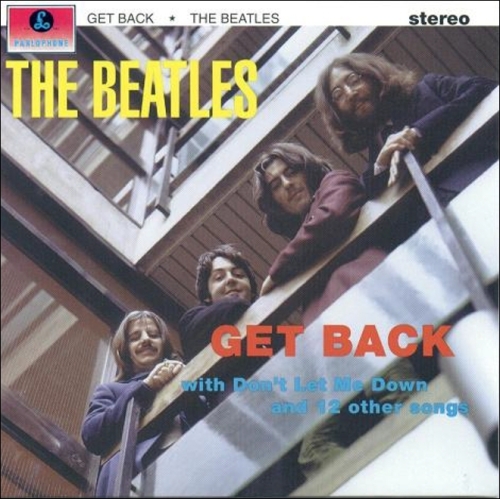 [Updates: Upon further consideration, I’ve opted to use the basic track of “Across The Universe” found on the second disc of The Beatles Anthology 2. It takes the song down a semi-tone to its original speed, dispenses with the non-Beatle backing vocals and completely loses the sound effects.

In addition, “Don’t Let Me Down,” from the stereo Past Masters compilation, was added as the fourth song. This was done in deference to an earlier, nearly released version of the album–as evidenced by its inclusion on the cover art.]